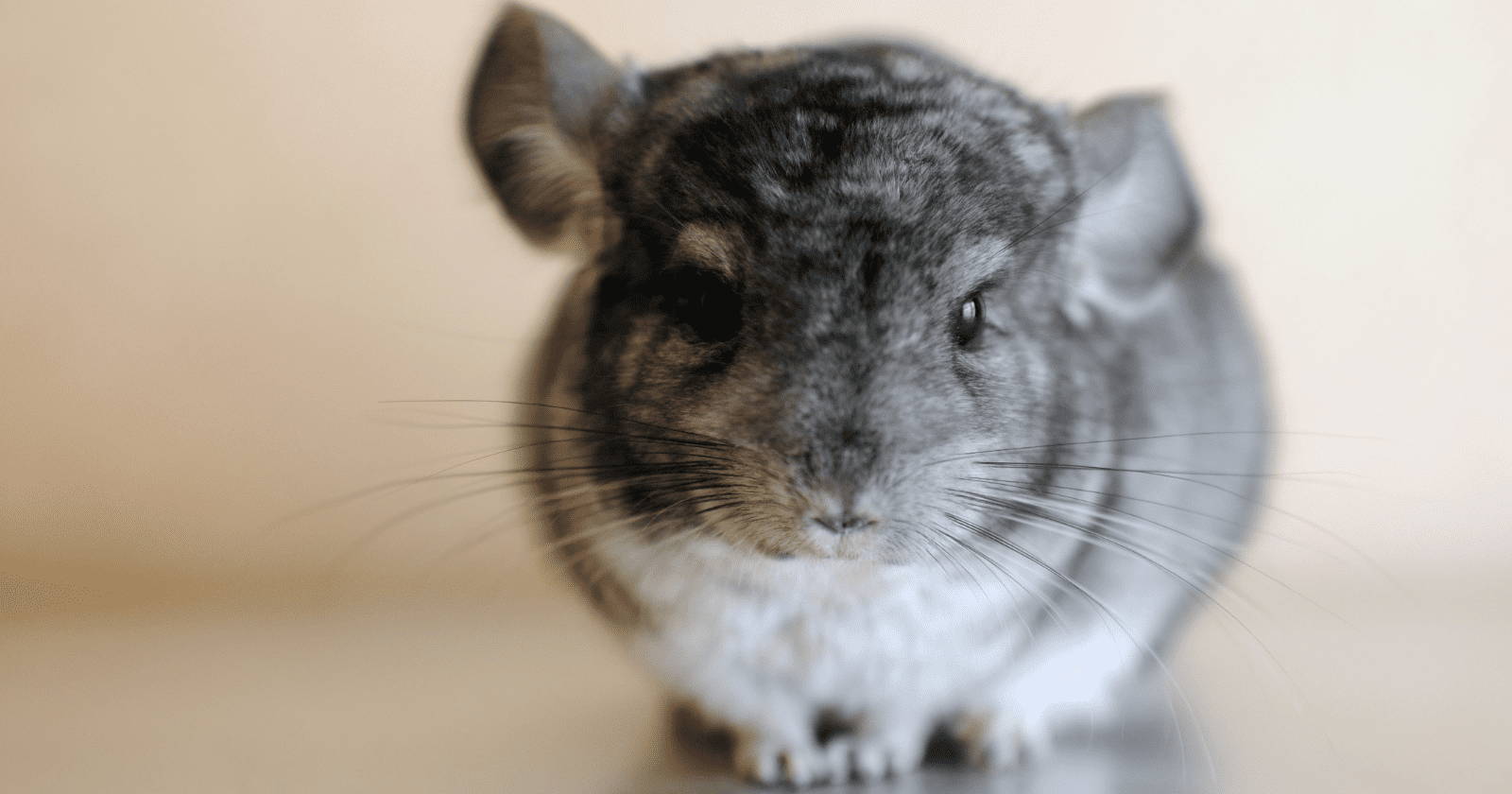 Wondering Are Chinchillas Good Pets for Beginners? We have the answer! Chinchillas are herd animals native to the colder regions of South America. They belong to the rodent family and can be legally owned within the United States without a special permit or license.

In contrast to the rest of the rodent family, chinchillas groom themselves regularly, making them a viable alternative to common household pets. If you’re uncertain if a Chinchilla will make a good pet, you’re not alone. Many people don’t know much about chinchillas, so we’ve put together this reference guide.

In this article, Are Chinchillas Good Pets for Beginners, we’ll cover what does/doesn’t make a chinchilla a good pet, along with what you should think about before you purchase a chinchilla. We’ll also discuss how you can best take care of your chinchilla and where to purchase one.

Are you ready to learn if chinchillas make good pets? Let’s get started.

So, Are Chinchillas Good Pets for Beginners? The short answer to this is: yes and no. Chinchillas are certainly not the most interactive pets, at least at first. Chinchillas are very playful once they settle in and can be valuable companions for many owners. They’re not hard to take care of as long as you do a little bit of research beforehand.

The more you know about a chinchilla before you go out and get one, the better your experience will be. To get a better idea if a chinchilla is a good pet for beginners like you, let’s take a closer look at this animal.

Are Chinchillas Good Pets for Kids?

Like many rodents, including rabbits, chinchillas are a bit skittish. They do have floating ribs, which makes them delicate in terms of holding and petting them. Though they are small, this doesn’t necessarily predispose them to be the best pet for kids.
Because of this, chinchillas may not be a great beginner pet for kids under the age of eight or nine years old. Pets can certainly help teach a child responsibility, but most pets that interact with kids of this age should have a bit of durability built into them. Little hands and minds aren’t always as receptive to warnings as more experienced pet owners.

What to Consider Before You Buy a Chinchilla

There are many things you’ll want to take into consideration before you invest in a chinchilla as a pet. If you are a beginner and have never owned (a) a pet and/or (b) a chinchilla, there are some questions you’ll need to ask yourself before you make any moves to adopt/purchase this animal, which include:

It pays to do your research before you welcome a new pet into your home. Reading this guide is one of the best steps you can take to prepare for a chinchilla if that is the pet you choose.

Chinchillas do not cost much more than cats or dogs to foster, even with the initial investment of purchasing them. As expected, the cost of owning a chinchilla includes food, water, shelter, toys, and veterinary bills.

In total, most chinchillas cost around $50-$100 per month to support, which is not bad considering they’re small animals that don’t require much walking.

Read this post: Can I Leave My Guinea Pig Alone For One Week?

Most chinchillas live to be about 15 or more years old. Choosing to take one on as a pet, like adopting a dog or a cat, is not something you necessarily want to do on a whim. Once you choose that chinchilla, you’ll be signing up for at least 15 years together.

With that said, having chinchillas as a single person can be a great way to add some spice to your life. Chinchillas prefer to live in groups of two or more since they are herd animals, so you’ll probably end up having two at some point.

In terms of daily commitment, chinchillas are relatively low maintenance. They will certainly need to be fed and watered, but beyond a few dirt baths here and there, they prefer to mind their own business.

It can take some time for a chinchilla to warm up to you, especially if they’re in a new environment. These animals are most active at dawn and dusk. This can present some problems if you aren’t able to accommodate their schedule or put them in an area of the house where they can do their thing while you go about your daily routine.

You’ll also want to consider somewhere that’s away from the hubbub of the house. Ideally, chinchillas prefer to live in climates of under 70 degrees Fahrenheit, with less than 40% humidity. They can easily get overheated, so keeping the temperature down is essential for optimum health.

You want to know Are Chinchillas Good Pets for Beginners, but where are you going to place the chinchilla cage? You should locate it in areas where the chinchilla is allowed to roam. They will need to come out of their cage at least once per week to take dirt baths.

You will have to find someone in the area who can take care of your chinchilla should the need arise. Many veterinarians consider chinchillas to be exotic animals. Be sure to check with your local vets to see if they can address any issues with your chinchilla.

Finding a nearby veterinarian should be something you check off your list before you even think about purchasing a chinchilla.

Drawbacks to Owning a Chinchilla

In summary, there are some drawbacks to owning a chinchilla that might not make it the best option for beginners:

With that said, many chinchilla owners accommodate their fluffy pets with very little in the way of major life changes. In these cases, the benefits of owning a chinchilla far outweigh the cost of ownership.

WATCH THIS VIDEO, Are Chinchillas Good Pets for Beginners:

How to Take Care of a Chinchilla?

Taking care of a chinchilla requires some knowledge of how they operate and what its diet looks like.

Most chinchillas will grow to be 5-6 inches tall and 10-14 inches in length. You can keep same-sex chinchillas together, though you should have a food and water bowl dedicated to each chinchilla, along with an extra one in case these two go dry.

Speaking of dry, chinchillas maintain their hygiene by taking dust baths. They should be allowed to perform this ritual at least twice per week, with specially formulated dust that mimics their natural habitat. Place the dust within a deep dish or sturdy bowl and the chinchilla will do the rest.

There’s a lot that goes into a chinchilla cage. You’ll want to invest in one at least 4 feet square, although the larger the enclosure you can purchase, the better. Buy a metal-bottom cage if you can, as the plastic on the bottom of cheaper cages can quickly become a (negative) food source for your new pet.

A chinchilla cage can range anywhere from a few hundred dollars to nearly $1,000, depending on what it includes. Most chinchilla owners purchase wood shavings to line the cage. You can also use fleece if you’d like.

Be sure to check the chinchilla cage for any escape routes, as these small rodents will find them. Many chinchilla cages include a metal litter box, which acts like a cat litter box. It’s a better alternative to using wood shavings and keeps your chinchilla clean.

Sometimes referred to as a chin chiller, these cooling stones allow the chinchillas to safely bring their body temperature down. They are great to have on hand so that your chinchilla doesn’t overheat. If your chinchilla feels toasty, they can rid themselves of some body heat just by sitting on this stone. So what do you say? Are Chinchillas Good Pets for Beginners?

Like bunnies, chinchillas digest their food twice, meaning they produce caecotrophs. These pellets are excreted by chinchillas and then eaten again to extract the full dose of nutrients. Chinchillas also eat specifically formulated pellets that should not contain any fillers or preservatives.

You must maintain a particular food once you begin. Chinchillas have sensitive stomachs that can react negatively if there’s too much change. These animals also eat Timothy hay to supplement their diet, along with various treats. Vegetables are an easy treat to give, along with rose hips, marigold petals, and bee pollen.

Interacting with your chinchilla can be awkward at first. Chinchillas make various noises and have emotions they display. Did you know chinchillas can hiccup? If you look closely enough, you can make out the body language that betrays what they’re thinking and even how they might react.

The bottom line is that chinchillas will take some time to get acquainted with you. Invest in a small pop-up play tent to allow them to get out of their cage and become more comfortable in your presence. This is also a great place for dust baths, too.

Did you know that a chinchilla’s teeth continue to grow as they do? However, pumice stones and kiln-dried pine shapes offer playful ways for chinchillas to cut down their incisors naturally.

You can also find more toys in the bird section of your local pet store. Birds like to roam and play like chinchillas do, so some of the same toys make for a great playtime. Most toys are under $30 in price and include objects like hammocks and exercise wheels.

Where Can I Buy a Chinchilla?

Purchasing a chinchilla can set you back anywhere from $150 upwards of $1,000. It all depends on where and from whom you purchase your new pet.

It’s not as common to find a chinchilla in a pet store, depending on where you live. Many chinchilla owners consider pet stores to be a less-than-ideal place to purchase a chinchilla for a few reasons. One of the biggest concerns they have is not knowing where the chinchilla came from or how well it has been taken care of.

Rescues can provide a great intermediary between pet stores and breeders. Chinchillas found at rescues have typically been surrendered by their previous owners, but that doesn’t mean they’re any less loveable. Plus, you’ll enjoy the peace of mind knowing you gave a chinchilla in need a loving home.

If you’re concerned about purchasing a chinchilla with some known background, a licensed breeder is the best place to go. At the same time, these chinchillas do fetch a steeper price.

Fun Facts: The Dos and Don’ts of Feeding My Guinea Pig