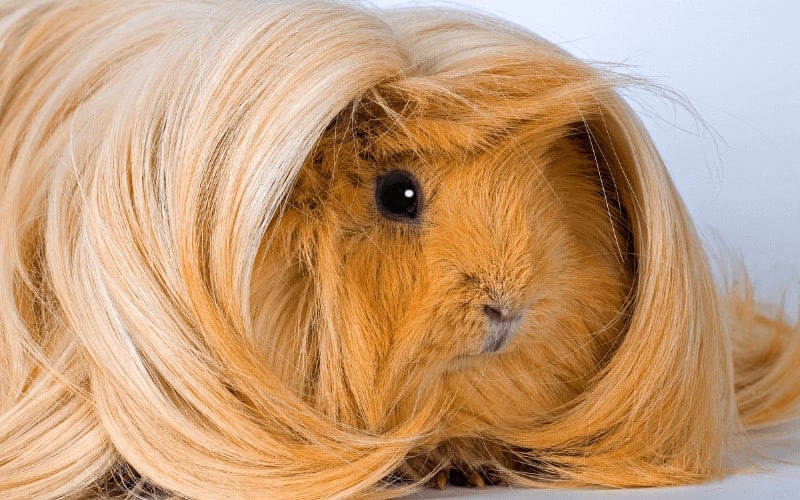 What does it mean when a guinea pig vibrates? Basically, when guinea pigs vibrate, it is a sign that it is attempting to communicate both its negative and positive feelings. It is also possible for your guinea pig to vibrate whenever it is angry or restless.

Most times, whenever a male guinea pig vibrates, it does that to attract the female ones.

In fact, there’re several explanations as to the reasons your guinea pig vibrates, which we’d be highlighting in this article.

What Does it Mean When a Guinea Pig Vibrates?

Guinea pigs happens to be a very popular pet because it’s of inherent happy, submissive, friendly, lovely, and cuddlesome nature.

Although, they try their best to always communicate with their owners, most owners find it difficult to interpret the actions and sounds of their guinea pigs.

The reason for this confusion is because these vibrations from guinea pigs come often. Whenever they vibrate, they swing their buttocks side to side.

It’s worth noting that guinea pigs often vibrate, making it somewhat difficult to identify what could be the reason for these vibrations, especially if you’re a new guinea pig owner.

So, if you’ve ever wondered what it means when a guinea pig vibrates, below are some of the meanings:

Guinea pigs have the ability to quickly smell danger, and once they do, they vibrate, as though they are frightened.

Whenever you notice an excessive clipped and rapid sound from your guinea pig, it’s a sign that either it’s afraid of something or it’s stressed out.

Whenever your guinea pig feels happy and at ease, it causes it to vibrate. Anytime you hear them making a high tweeting sound, that is a sign that it is in its most joyful mood and pleasant moment.

Whenever it is in a furious mood, a guinea pig sometimes makes deep, booming vibrating sounds, especially if you are doing something that is irritating it.

It mostly makes this sound in order to alert you to its feelings. It also vibrates when attempting to show its higher social status to another individual.

This can also be a factor that makes a guinea pig vibrate. Just like humans, it trembles when they catch a cold, especially when it just finished bathing.

This can be curbed through severe towel drying, and by ensuring it’s not anywhere near a freezing temperature. If it continues to vibrate uncontrollably, you may have to contact a veterinarian.

It may sound obscene, but guinea pigs court too, and when they do, they (the males) vibrate and make wooing sounds. For the female guinea pigs, that are receptive to mating, they sometimes vibrate.

Most times, this noise comes with notable courtship actions like swinging of hips and circling members of the opposite sex.

What Does it Mean When your Guinea Pig Vibrates After a Bath?

It is important to note that even human beings’ trembles after a bath, especially those that are allergic to cold. So it is equally normal for a guinea pig to vibrate after a bath.

In other words, when you notice that your guinea pig vibrates after a bath, its simple explanation is that it is feeling cold.

Most guinea pigs are very allergic to cold; hence, immediately after its bath, ensure it is dried thoroughly with a towel

Also, ensure it is taken to a place with a warm temperature degree. If you notice an incessant severe vibrating, then we advise you to take it to an experienced veterinarian for a proper check-up and possible treatment.

Why Does My Guinea Pig Shiver When I Pet Him?

This is very simple. Whenever you pet your guinea pig and notice that it shivers, then it generally indicates that it’s feeling comfortable around you and enjoys being petted.

This obviously shows why it produces high tweeting sounds, which come whenever it is so happy.

Some people always think that all vibrations of guinea pigs signify stress, aggression, or discomfort, but it doesn’t have to be the case.

Therefore, whenever you notice any shivering in your guinea pig, and it’s not showing any of the above signs, then, it’s possible that it is happy and comfortable around you, especially, when you pet it.

Having said that, a guinea pig is often most relaxed when you caress it, or when it is seated on your lap.

Hence, if it shows no sign of pulling out or being frightened, but rather prefers cradling up to you, that shows it’s very safe and relaxed with the care it’s been giving.

Although some guinea pigs don’t like to be cuddled for a long time. When you notice a sign that shows discomfort after a long while of caressing, it’s advisable to take it back to the comfort and safety of its cage.

But the key point is to note that whenever it is petted and it shivers, then you can be sure that it is happy and a sign that it appreciates your care.

What does it mean when a guinea pig vibrates? As stated above, guinea pig’s vibrations can mean different things, such as anger, happiness, cold, fear, etc.

The key point is to always remember that your guinea pig, just like most other animals and even humans, goes through mood swings.

So, it is important to always consider how it feels, and try to make it go through as little stress as possible.

If you successfully study your guinea pig, you will be able to treat it with care and respect. With this, the likelihood that its vibrations are those of happiness will be greatly enhanced.

What Breed Of Rabbit Lives The Longest? (Fact Checks)